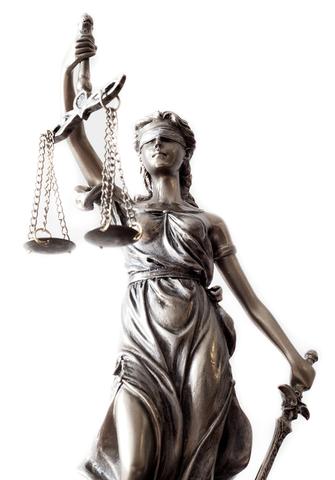 What about a judge’s personal views on certain issues?
It is inappropriate for a judge to consider his or her personal views, political pressure, or public opinion when deciding cases. Judges must be neutral and follow the rule of the law.

If a judge announces a position on an issue, the judge’s impartiality may be called into question. The judge may need to decline presiding over any case that involves that issue.

Judicial ethics prohibit judges from commenting about cases pending in court to ensure that litigants receive a fair trial.

How are courts held accountable?
Our system of government is carefully designed to foster fair and impartial courts while maintaining judicial accountability through a series of checks on judicial power.

If a party in a case believes a judge made an error, the party may appeal to a higher court.

If citizens disagree with a court’s interpretion of a law, they may petition the legislature to amend the law and change the law’s effect in the future.

If a person thinks a judge has behaved unethically, the person may ask the Judicial Qualifications Commission to investigate.

In these ways, courts are accountable to the laws, to the constitution, and to the people.

What about an unpopular court decision?
There are many reasons why a voter may want to consider more than just the outcome of one case when assessing a judge’s performance:

Over the course of a career, a judge will dispose of thousands of cases. One case alone is not necessarily an accurate barometer of a judicial career. The Iowa Voter’s Judicial Directory gives a more complete measure of a judge’s professional history.

Judges must follow the law, which sometimes leads to unpopular results. If citizens disagree with a law, they may petition the legislature to change it.

High-profile cases that catch the media’s attention often bear little resemblance to the bulk of a judge’s work. Most court cases do not involve hot-button issues.

What about decisions a higher court reverses?

Sometimes a higher court reverses the decision of a lower court. Reversal does not in itself indicate the quality of a judge’s work. For instance, the higher court could be ruling on an issue for the first time or clarifying one of its earlier opinions that served as precedent for the lower court.